The social, political and cultural fabric of an increasingly cosmopolitan and contradictory Hellersdorf is the starting point of the research. Artists and residents have been working together on a series of questions since March 2019:
What hopes, fears, promises and humiliations were there in Hellersdorf in the 1990s? And today? What effects has the dismantling of industrial work had? And the demolition of buildings? What future visions for Hellersdorf exist? And what ideas exist to create more quality of life for young adults on the estate? What changes and shifts in value systems do residents experience and how do they document them?

From their findings on these questions, the artists aim is to produce new pictures of the estate with the estate. The residents and artists meet regularly in the project space »station urbaner kulturen«, on the green land they call »Place Internationale« and on excursions to exhibitions and events in Berlin and other cities. In an open, ongoing archive consisting of folders and a shelving system, transcribed conversations and submitted material will be recorded and made visible in the station and on the green land. In 2020 there will be an exhibition of the research and the new pictures.

Since May 2017 refugees from Pakistan and Afghanistan have been playing cricket at “Place Internationale” and have set up an open training session for the neighbourhood in collaboration with station urbaner kulturen. In doing so, they have created an informal ›Recreation Ground‹, something new to Germany but found in many other countries. ›Recreation Grounds‹ are large, freely accessible grass areas for recreation and sport maintained by municipalities and have their origins in Victorian Great Britain’s commitment to the human right to health and nature in towns and cities. Cricket is played informally on ›Recreation Grounds‹ world wide.

There were 50 cricket clubs in Berlin until 1937 when the National Socialist regime’s policy of enforced conformity was applied to sports and cricket was forbidden by the NSDAP. Thanks to the influence of refugees, the sport is experiencing a revival in Germany today and in 2017 the national team qualified for the World League.

The Hellersdorf-based sports club AC Berlin has founded a cricket department and refugee men are now playing successfully in the regional league.

The Cricket Festival is part of the project »The periphery is alive - the Hellersdorf housing estate yesterday, today and tommorow«.

Based on this material, Eva Hertzsch & Adam Page have made watercolor paintings which form the central images for a series of billboard posters at three locations in the neighbourhood.

The »Kienberg Gas« watercolour painting in front of Cottbusser Platz Underground Station shows a future artistic utopia in which the local Kienberg hill has been transformed from the International Garden Show (IGA) location to a new energy source. Biogas is being produced from layers of the neighbourhood’s past which are decomposing inside the hill. The gas is piped free of charge around the estate. A second watercolour at Cottbusser Platz, »Living at Cotti«, proposes the construction of a single high-rise block of flats instead of dozens of one-storey homes currently planned by developers. This proposal means that the development land remains largely green and can be used for sports and recreation.

On Kastanianboulevard, the painting »Fountain on Wilde-Mathilde-Platz« shows the re-installation of a broken fountain at the centre of the pedestrian zone. The fountain has been expropriated from its current owner Deutsche Wohnen and handed over to the municipal housing company GESOBAU. With the flooding of an underground car park with groundwater, the renovated fountain receives water again. The painting »House of Urban Cultures of the World« in front of the town hall on Alice-Salomon-Platz refers to the current debate about redesigning the square. It proposes moving a nearby pavilion onto the square and transforming it into a Center Pompidou-like building for education and art.

The billboard posters will be changed weekly (on Thursday) at their respective locations by the artists and their content will be discussed with passers-by.

DIE PAMPA LEBT is funded from the „Soziale Stadt“ programm and supported by the Marzahn-Hellersdorf Office fur Further Education and Culture. 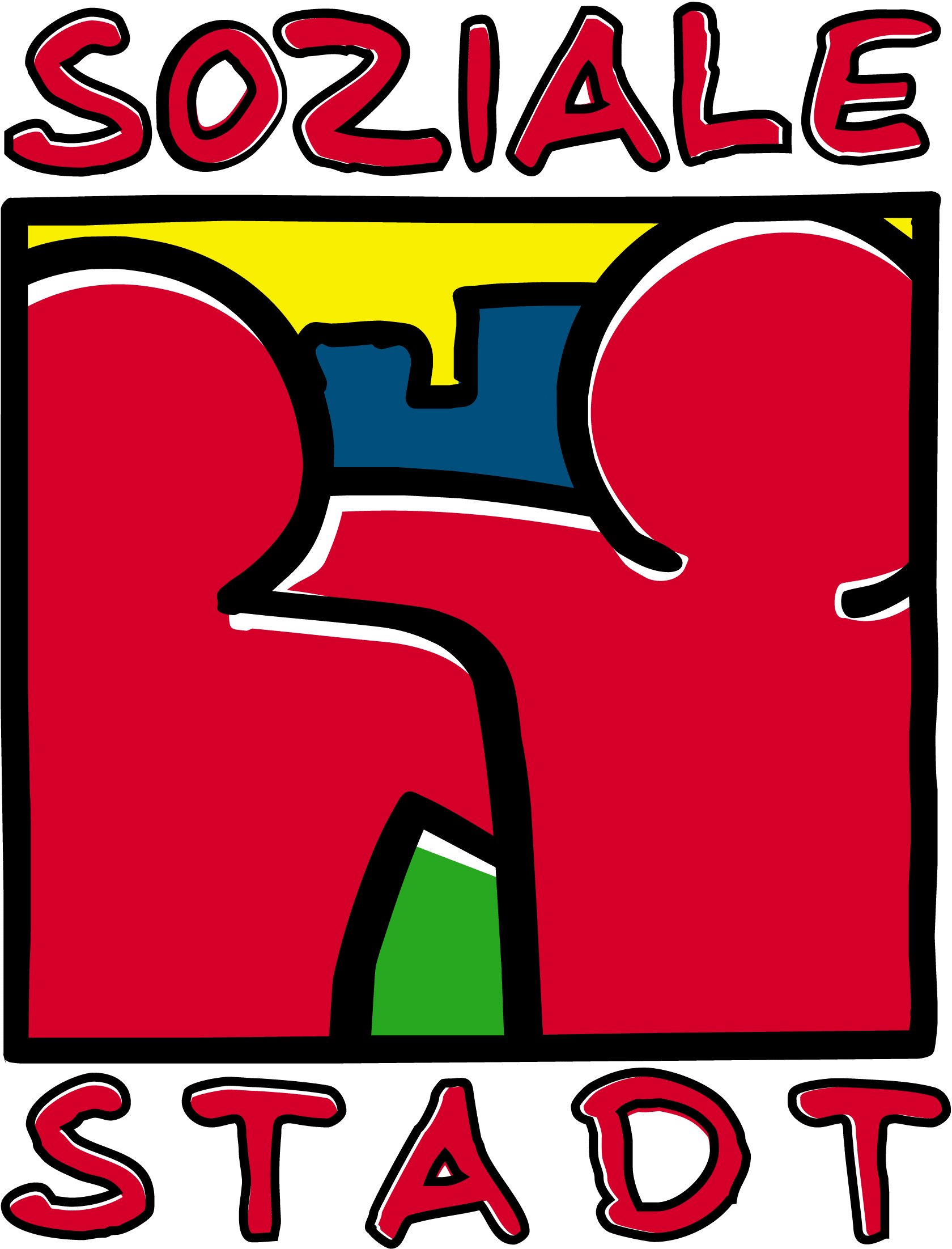