The Art in the Underground competition celebrates its 60th anniversary this year, with a new edition of the public art event launched in 1958 on the theme of »Posters for Peace« in the U-Bahnhof Alexanderplatz [underground station], in what was then the GDR. Since 1992, the annual international art competition has been organized by the nGbK (formerly NGBK). The focus of this year’s competition »Posters made political« is the connection between the outlying district of Berlin-Hellersdorf and the Alexanderplatz—the latter being an emblem of the urban downtown hub as well as the original competition venue. Under the motto »Right to the City« artistic projects examine the relationship between urban policy and civic participation, and ask: Who is the city? Who does it belong to?

Opening: 27 September 2018
Sven Johne
»Schöne sonnige Neubauwohnungen«
Alexanderplatz U5, until 4 October 2018
The poster series uses eight original press photos from the German National Archive and the the ›Berliner Zeitung‹ newspaper’s archive which were published shortly after the construction of East Berlin’s Hellersdorf district. The artist reproduces them with their original titles and captions – and thereby includes the intended political contextualisation of that time. Image and text are presented without comment in the knowledge that republishing them today is a comment in itself. Beyond GDR nostalgia and despite these images’ obvious agitatory function, as black and white posters today they reference property developers’ advertising boards and their Photoshop middle-class families. The paradigm shift from then to today is made painfully clear: neo-liberal capitalism makes increasingly profitable business from an existential human need – that of housing. Sven Johne asks what is more absurd: a photo caption published in 1987 in the SED’s mouthpiece ›Neues Deutschland‹ which claims that the »Müller Family«, stood in front of their Plattenbau flat, spend just »three percent of their monthly income on rent« or the fact that in today’s Berlin it is 45 % a month.

Opening: 27 September 2018
Mio Okido
»Fotografiert von einem Menschen ohne Wohnung«
Alexanderplatz U5, until 4 October 2018
http://ohnewohnung.miookido.net/
Mio Okido asked homeless people about their perspective on society and invited them to capture this in a photograph. The poster series developed from the photos appropriates the design of the »Photographed with an iPhone« advertising campaign frequently hung at stations, including Alexanderplatz. In contrast to the phone company’s focus on its photos’ high technical quality and on images of a lifestyle aloof of reality, the artist’s posters show Berlin through the eyes of homeless people. The materiality of the photos shot on analog black and white film also contrasts to the advertising campaign’s rich colours and perfectionism.
The artist’s participatory approach focuses on sharing her resources with a group of homeless people. Together they appropriate the right which corporate advertising has to shape the cityscape with its images and stake thereby their claim for a right to the city. The artwork asks questions about participation in society and about who is allowed to represent the city and how.

Opening: 16 November 2018
Stephan Kurr
»What you see is what you don’t get«
Alexanderplatz U5, until 26 November 2018
The photos by Stephen Kurr show six snippets of public space shot in Berlin-Hellersdorf or Berlin-Mitte. At first glance they look like personal snapshots but on closer inspection we find messages conveyed by words and images, also in the form of ads, stealing their way into the reality of the respective location. What is the discrepancy between the promise the messages hold in store and the actual circumstances?

Opening: 16 November 2018
mark
»Frag Hellersdorf – Stell Deinem Bezirk Deine Frage!«
Alexanderplatz U5, until 26 November 2018
The aim of a participatory project devised by the artists’ group mark is to make the voices of Hellersdorf’s residents heard. Their questions to the local administration — on personal, social, current political, and urban issues — were therefore collected over a four-week period. Three selected questions will be published, anonymously, as billboards. The rest of the catalogue of questions can be seen online at askyourtown.de

Opening: 16 November 2018
Felix Pestemer & GloReiche Nachbarschaft
»Shopping Spree«, »Sozial Romantiker«, »Crane Invasion«
Alexanderplatz U5, until 26 November 2018
The artist Felix Pestemer is part of the Kreuzberg initiative GloReiche Nachbarschaft, which campaigns against how local tenants are being squeezed out of their ’hood. His images derive from conversations with fellow members of the initiative. The most critical issues are the sell-out of the city to international investors, the spiraling rents caused by luxury developments on former vacant lots, and the devastating effect on the local population of ill-considered and pro-business urban planning.

Opening: 29 November 2018
Lars Preisser
»Die letzten Brachen«
Alexanderplatz U5, until 6 December 2018
Lars Preisser films wastelands and vacant lots in Berlin. They were once the city’s hallmark and so remain, for him, a potent reminder of his childhood here. He regards them as nature reserves beyond the tidy confines of urban streets and parks, and as monuments too. The stills reproduced here as billboards are from his cinematic archive of Berlin’s vanishing untamed spaces.

Opening: 29 November 2018
Katharina Sieverding
»Kunst im Untergrund 1958 – 2018 / Hellersdorf«
Alexanderplatz U5, until 6 December 2018
On the one hand, Hellersdorf is the destination of a trip undertaken by two contemporaries who meet on the platform at Frankfurt/Main Airport. On the other, there is a motif consisting of overlapping visual planes: the model of the Sachsenhausen concentration camp and the Holocaust Monument, the Monument for the Murdered Jews of Europe, in Berlin-Mitte. The pictorial composition is intended to spur reflection on the reasons for the current radical resurgence of exclusion, right-wing populism, racism and anti-Semitism.

station urbaner kulturen (Kontextualisierung), until 15 December 2018
On show in Hellersdorf are other works by Katharina Sieverding previously installed in public space: »Deutschland wird deutscher«, »Die Pleite« and »Global Desire I + II« hence stand in dialog with the parallel exhibition of billboard posters at Alexanderplatz Underground station. 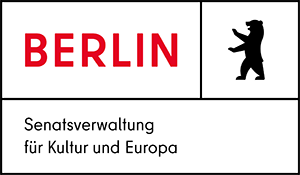 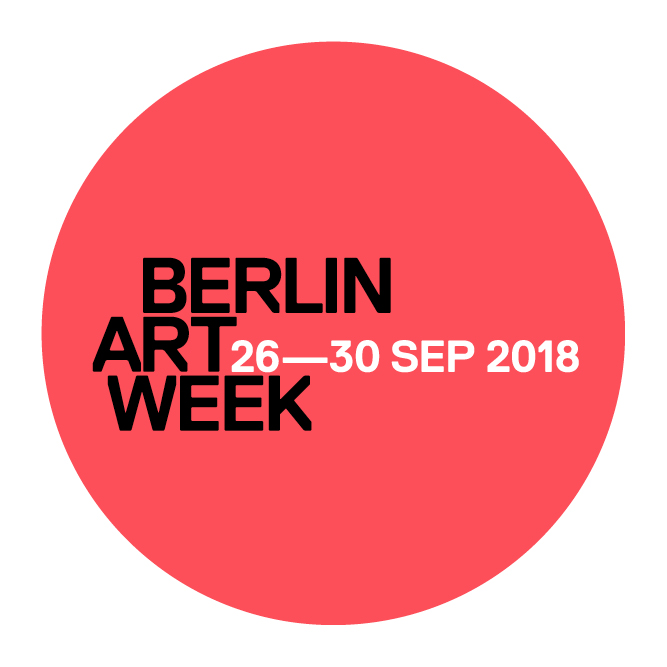